Music festivals are, in my opinion, the single greatest way of blowing off all of that built up steam from our daily lives. What better way to spend a weekend than getting back to nature and camping in a field, meeting like minded strangers and enjoying some of the best live music on Earth.

You have to choose carefully if you want the best experiences, with that in mind here are 5 fests you just have to visit before you shuffle off this mortal coil.

The epitome of everything that a music festival should be, awesome live music morning until night, sprawling fields of tents, amazing energy and more weirdness than you’ll ever experience. The festival takes place at the end of July and people from all over the world hit the road to visit the world’s biggest music festival. As well as the music you can easily spend the weekend getting lost in the Green Fields where there are hater performances, people speaking and preaching and all sorts of hippy craziness taking place. The best festival the World has ever seen.

Take a road trip and allow the anticipation to build up so you can earn Glastonbury. Look after your autocare needs by investing in halfords tyres – the last thing that you want is a flat tyre so you miss the festival! 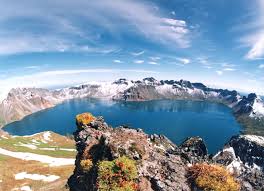 The Hideout Festival is an electronic dance festival that takes place in Zrce in Croatia on the beautiful shores of the Adriatic Sea. The festival has won numerous awards and arguably has one of the best settings for a festival in the World. The festival utilises many beach locations for it’s stages and even throws pool parties into the mix. The sun, the music and the location make this festival an absolute must to visit.

This festival is akin to Glastonbury in it’s charitable make up, the proceeds from the festival go on to help hundreds of charities worldwide. Roskilde festival pulls in the best of the best when it comes to musicians and displays an eclectic mix of genres across it’s stages. The Danish city plays host to around 160,000 people every year and has won accolade after accolade for it’s near perfect festival experience. 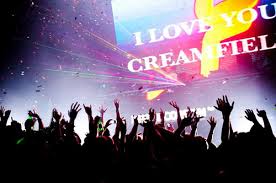 Creamfields is a festival which was borne from the Cream nightclub in Liverpool and, although relatively new, has become a staple part of any dance music fans’ Summer. There really is no artist that this festival cannot get, ensuring revellers get to see the best of the best. The lightshows and the rave like make up of the festival is reflected by the festival goers who drape themselves in neon and dance hard into the night. If you’re a dance music aficionado then this is one festival that shouldn’t be missed.

This Hungarian festival is the current holder of the Best Major Festival award and rightfully so. Firstly the location is stunning, the festival takes place on a leafy island on the River Danube. The festival is one of the biggest music and cultural festivals in the world, better still it lasts an entire week. The festival has it’s roots in Rock music but currently has tents that have Jazz, Soul, Dance, Pop and Punk. This phenomenal festival in this stunning city should not be missed.

Previous Post: « 5 Things to See and Do in Palestine
Next Post:  5 Money Saving Tips To Save For Your Backpacking Trip »