Palestine is notorious the World over but very rarely for the right reasons despite what you may think it is a wonderful place to travel to. There is much to see and do in Palestine so we’ve whittled it down to the top 5 activities to take part in if you decide to spend some time in this history soaked region.

Yes, you’ve read it right, there is a village called Taybeh in Palestine that has a family run brewery who l learned their craft in Germany. Not wishing to forget their roots the family put on their very own Oktoberfest each year. Naturally they can’t get hole of lederhosen but put plenty of other entertainment with bands and dancing and of course beer. 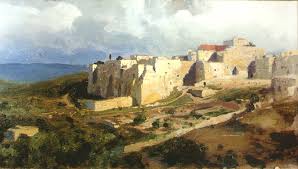 Bethlehem is recognised as the birth place of Jesus Christ and a wonderful place to visit and have your eyes opened to the culture. Bethlehem’s largest attraction is undoubtedly the Church of the Nativity, a large citadel built on top of the cave where it is believed Mary gave birth to Jesus. The whole town of Bethlehem is steeped in religion and the activities that take place throughout the town are to this end. So much as been written and spoken about Bethlehem that for me it is a must visit place within Palestine

Take a Tour Through The Gaza Strip

The Gaza strip is a notorious location around the world and never for good reasons, the struggle between Palestine and Israel is often centred around the strip. However, Gaza used to be a bustling town of tradesmen and markets, it’s position on the Mediterranean coast meant it played a huge part in the incense trade route from South Arabia to the Mediterranean, and much of this spirit and market business till operates today. Despite the damage that Gaza has sustained from the troubles, it is still a wonderful place to visit, providing of course it is peace time. 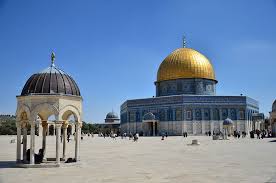 Haram al-Sharif or the Temple Mount is one of the most important religious sites in Jerusalem.  It is the holiest site in Judaism, this where they believe that God is at his most present and they believe this to be the place where God gathered the dust which he made into Adam, from this location, they believe the World began. The flat area of land looks out towards Gethsemane and the Mount of Olives and is believed to be the location where Abraham was ordered to sacrifice his son Isaac. Occupied on the Mount is the first and second Temples that ever existed in Judaism and the last location of Muhammed before he went on his journey to heaven. A place steeped in religious history and a real bucket list item for any traveller.

Bike tours are a perfect way to see a city and Palestine is no different. In order to truly appreciate the landscape and visit all the small areas of ruins in the region a bike tour can get you about quickly and on your on time. There is also a plethora of small villages and towns in the region which you may miss without hopping on your bike and hitting the tracks.

Previous Post: « 5 Criminally underrated destinations in Europe
Next Post: 5 Music Festivals in Europe You MUST Visit Before You Die »