The Eiffel Tower is one of the most iconic landmarks in the World, centred in the France’s capital, Paris, the tower receives hundreds of thousands of visitors every year. As cool as the tower is, it is not, I repeat not, the be all and end all of this beautiful nation, here’s 5 reasons why the Eiffel Tower isn’t as cool as it thinks it is.

The Louvre museum is one of the highest profile art museums in the world, with it’s striking Pyramid design within the Palace and the fact that it houses the World’s most famous painting, the Mona Lisa. Paris is loaded with museums of art and history but none come close to the Louvre. The museum offers far more than the, somewhat small, Mona Lisa as well, with almost 380,000 pieces art on display from various, centuries old civilisation’s. In 2014 over 9 million people visited the museum which sits on the banks of the meandering River Seine. Beautiful setting, jaw dropping art and definitely better than the Eiffel Tower. 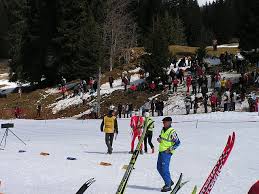 Paris isn’t the only king in the French castle and if you want an alternative experience to the majesty of the capital then head on down (or up) to the wondrous Alps mountain range. The Alps offer some of the greatest pistes in the World and every ski resort offers a perfect experience for every level of ability, so don’t be put off if you’ve never done it. Set within the Alps are some of the most stunningly picturesque and tranquil villages you’re likely to see with a very different way of life to larger cities. In the Alps and it’s surrounding areas, the way of life is far more chilled out, and not just because of the freezing temperatures. If you are visiting France then a trip to the slopes must not be missed.

3) Visit The Beaches of Normandy

Normandy not only offers stunning scenery it is also steeped in the history of World War 2 and the infamous D-day landings. Normandy has never forgotten it’s pivotal role in the War and there a several museums and cemeteries that honour all of those brave soldiers which are well worth the visit. The beaches however, are fascinating to see, standing on the vast beaches, looking out to see and contemplating what went on that day gives you a tremendous sense of reflection, I would advise anybody who ventures to France to make the trip to Normandy.

4) Float Down the Seine 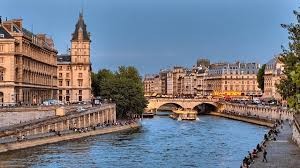 I don’t want to shun Paris altogether here as if we’re being honest it has the most stunning collection of landmarks of any capital city. The vein that pumps through the heart of Paris is the River Seine and to sit on a boat and float through the City is one of the most relaxing and interesting experiences in the City. The cruise down the Seine takes in almost all of Paris’ iconic landmarks from Nôtre Dame Cathedral to the Louvre via the Eiffel Tower which all sit on the banks of the river.

If landmarks, art and skiing aren’t really your bag, or if you are travelling as a family then Disneyland could be the perfect choice. The park is situated in a purpose built town just 20 miles outside Paris and whilst it is smaller than it’s Stateside counterparts, it still sprawls across 19 square km. The park is the most visited theme park in Europe and has 2 parks within the grounds, 8 Disney themed hotels and offers more than 50 rides for you to enjoy. Disney makes us all smile and this park is no different, regardless of your age you should spend at least a day or 2 here.

Next Post: Why Mexico City is My Favourite Place to Live in the World »