The United Kingdom is an incredible place to visit, within the isles there are some of the most culturally diverse cities in Europe and at the same time there are cities and locations that remain the way they have always been.

For obvious reasons, millions of people every year arrive on these shores heading for London, England’s giant smorgasbord of diversity and it’s capital city. I don’t begrudge anyone wishing to visit the phenomenal city but I want to tell you about some of the UK’s other destinations that you simply must see.

Far too often overlooked by travellers, Cornwall is in the extreme south of England and is simply stunning. So different is the culture and landscape of Cornwall that many Cornish actually consider themselves just that as opposed to English, the county is actually closer to northern France than many places in England and there is a touch of the French culture scattered around Cornwall. The beaches and the climate is entirely different to the majority of the rest of the country and the scenery is truly breathtaking. If you are visiting the UK then put Cornwall at the top of your list. 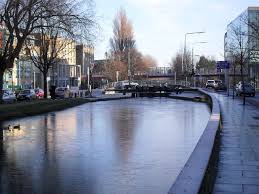 The capital of the Republic of Ireland is somewhere you shouldn’t miss if you are visiting the UK. Firstly, the Irish people are so warm and welcoming and hold on to tradition meaning that you will not only be received with open arms but you will see true Irish culture, something often forgotten about in capital cities. The city is split by the River Lithe which meanders throughout, giving the city an impressive landscape. The Guiness factory lies in the heart of Dublin and is a great day out, see how they make the velvety drink and enjoy a glass of the black stuff at the top as you look out over the city.

Once a bustling port, the city of Liverpool has undergone many changes in the last century and in 2008 became the European Capital of Culture. These days there is so much to do in Liverpool that you simply can’t miss out. Visit the birthplace of the Beatles at the Cavern Club, stand on the docks of the vast River Mersey with the hundredds of iron statues and see it meet the sea. Visit the home of the once all-conquering Liverpool Football Club, Anfield or head down to the Tate Modern art museum or the Beatles museum down on the tranquil Albert Docks. 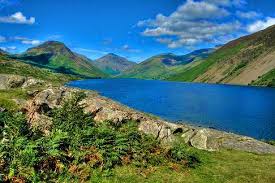 The Lake District in northern England offers some of the countries’ most breathtaking landscape. The almost untouched area of grand hills and cairns, natural lakes and miles upon miles of green and marshy lands is somewhere that has got to be in your destination list. Activities here are plentiful, from boating, sailing and canoeing, to gorge walking, cycling and hiking. The weather is typically British but if you do happen to hit a sunny day then the true majesty of the Lakes will reveal themselves to you.

Set just south of Inverness, Loch Ness is a freshwater loch in the Scottish Highlands. The highlands themselves is, in my opinion, the most stunning landscape that Britain has to offer, with flora and fauna that simply can’t be seen anywhere else in Britain. The jewel in the crowd is by far the Loch Ness, take a trip down there and walk around the tranquil waters, you may even spot the notorious ‘Loch Ness Monster.’ 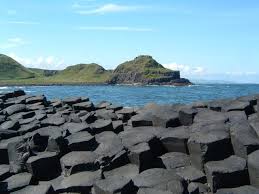 The setting for the front cover of Led Zeppelin’s chart topping album ‘Houses of the Holy’ was Giant’s Causeway in County Antrim on the North East coast of Northern Ireland. The setting is around 40,000 hexagonal columns that is the result of a volcano that took place in ancient times. The UNESCO World Heritage Site features a stunning and unique landscape on the coastal route and the rock formations are all unique and give a really interesting glimpse the past.

Previous Post: « Vegetarian’s Guide to Travelling in Arabic Countries
Next Post: Top 4 Things to do in Amsterdam »