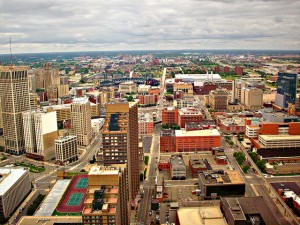 Three and a half miles of the East riverfront, up the long stretch of land by the famous Detroit River, you’ll find beautiful scenery and plenty of places to stop along the way. You can walk, run or ride along the paths, even take a guided tour! On the West side they have opened up 20 acres of green parklands that have interlinking paths, benches, and basically lots of space to enjoy. They have special events and even hold a riverfront run event in June every year, so best get your trainers on. 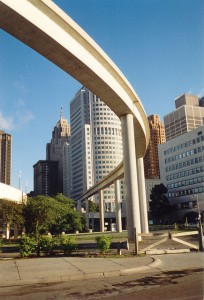 When you arrive somewhere and need to get to know they lay of the land, tours of a city are great to take part in. Before delving more deeply into activities, a walking tour can set you up for your trip so you are more knowledgeable and informed to make your time in Detroit as memorable as possible.

On a walking tour with a local guide you will be able to see the real Detroit on your downtown adventure. Visit landmarks, learn about the history of the town and taste some culinary delights. Totally worth just a few short hours of your day. Remember to tip your guide!

The largest city owned park in the United States is this one! Belle Isle Park, and she’s gorgeous! Sitting on the Detroit River snugly in between the United States mainland and Canada it was settles first in the 18th century by French colonists and is now 978 acres of island beauty.

There are a ton of things to do here, a nature zoo, a conservatory, aquarium and yacht club, a maritime museum, three lakes, picnic areas and a rather large, high spraying fountain. It may be an island, but it is quite large so give yourself some time if you’d like to see it all, and enjoy the journey over the long bridge that connects Belle Isle to the mainland.

The home of the Michigan opera Theatre is the Detroit Opera house. The theatre itself was opened in 1922 and after many restorations and expansions, reopened in 1996 and is the building you see today.

The Michigan Opera Theatre is a wonderful theatre company residing in this theatre. They produce a wonderful line-up of performances in the year from traditional to modern pieces in Opera and dance. Ticket prices vary, be sure to book on the website before you go.

Greektown is an historic neighbourhood in the northeast of downtown Detroit that celebrates Greek culture. Running between The Renaissance Centre, Comercia Park and Ford Field, the area is home to a plethora of Greek restaurants, The Greektown Casino Hotel and St Mary’s Roman Catholic Church.

Definitely take a trip on the Detroit People Mover (the city’s train system) to Greektown and you find wondrous delicacies and a lively atmosphere in one of Detroit’s premier neighbourhoods to visit whilst in the Michigan.

The GMRENCEN is Michigan’s tallest building and the pride of DC. The first tower of this conglomerate of buildings opened in 1976. Today it houses a hotel, many restaurants, office space, retail, entertainment, residential apartments, and walkways and bike paths over 3 miles of land. This place even has its own zip code!

These guys are big on twitter so follow them if you want updates on what’s going on at the centre each day. They have a big events calendar, so there might be a nice impromptu activity to take part in whilst you are in Detroit.

This impressive 1920’s skyscraper in the financial district of downtown Detroit is an art deco heaven. Forty floors of beautiful architecture you won’t want to take your eyes off.

Built in 1929 by the Union Trust Company it now houses private companies, offices, but is also accessible to the public by way of their retail shops. Head in and have a look as its now become one of Detroit’s headlining skyscrapers in the city and a good spot for picking up a souvenir or two.

Want more? Check out Jan’s list of the 25 Best things to do in Detroit.